Order boom in Europe and America! Is China's foreign trade coming back?

Under the epidemic, all the crises came with great ferocity, tearing apart their lives and jobs. The foreign trade and freight forwarding industries have been hit hard, and the chain reaction of the industry has affected everyone. Many enterprises have started to lay off workers, suspend salaries and deduct salaries. If the epidemic continues for more than three months, it will produce a butterfly effect - from a life crisis, a social crisis, to an economic crisis.
Recently, a large number of foreign trade orders have skyrocketed. It is speculated that the reason may be that the United States government has started to grant subsidies, and the second batch of subsidies should have been received. From the current situation, the epidemic situation in Europe and the United States is becoming more and more serious, and the demand for epidemic prevention materials is growing. Once the United States government grants subsidies to people, the ensuing consumer demand will break out in a short time.
According to foreign media reports, the American rescue standard is for people with an annual income of less than $99000, including those with an annual income of less than $75000. Adults will be paid $1200 each, and minors will be paid $500 each. For the group with an annual income between 75000 and 99000, the subsidy will be reduced by 5% for every 100 dollars of income increase.
Members of the United States House of Representatives also proposed that adults with an annual income of less than $130000 should receive at least $2000 per month, and each minor should receive at least $500 per month, and should continue to receive subsidies for more than six months.
According to the data, at present, overseas orders are not only for the export of anti epidemic medical materials, but also for the export enterprises such as indoor construction entertainment, mother and baby toys, pet supplies, etc., which have surged. Some orders have even been placed three months later.
Export to domestic demand? Convert categories? Or seize the opportunity to develop overseas e-commerce? With the new form change, many domestic small and medium-sized foreign trade enterprises began to save themselves and transform.
An enterprise that wholesale pet products for export said: "Because of the epidemic, in Europe, the United States and other countries, people are concentrated at home, the time spent with pets has greatly increased, and the demand for pet products has also greatly increased. So at that time, we adjusted our strategy in time, contacted foreign buyers at the first time, and discussed a plan conducive to cooperation between the two sides. In fact, the cost of pet products is low, and cat trees and models belong to the economic category of housing. It is estimated that this category of goods will become increasingly popular. After all, there is no strong mobilization force from China abroad, and the epidemic will continue for a long time. We have caught up with the wind, and the company has stopped loss in time. "
It is thanks to this enterprise's 15 years of foreign trade experience that we can seize this opportunity. Although he is not interested in pets, domestic and foreign e-commerce data show that the era of pet economy has come, and the outbreak of the epidemic has accelerated the growth of this demand.
Although it is known that epidemic prevention materials are scarce at present, with the increase of sellers' orders, which product enterprises may break orders during this period? Convenient food, kitchen supplies, indoor fitness, office supplies, etc. have a great chance of exploding in the future.
In addition, children's toys, game consoles, books and other products for indoor entertainment deserve attention. For those outdoor sports equipment and clothing sellers, unless they are home clothes and pajamas, they should not easily increase their inventory or promote them. At the same time, foreign trade enterprises that want to "strike while the iron is hot" should not only consider products, but also combine their own inventory, and always pay attention to the information of major shipping companies, national port policies and international logistics information to make plans.
Under the impact of the epidemic, the foreign trade industry has fallen into extreme difficulties, but some enterprises have been able to make changes as quickly as possible to seize the opportunities in the crisis. We hope that with the help of digital and Internet technology, we can even change our business direction in time and try our best to save our strength for the winter!

Order boom in Europe and America! Is China's foreign trade coming back? 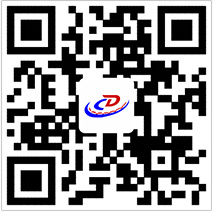