(Summary description)From January to June 2017, the furniture industry continued its momentum last year with brilliant results. Analysts believe that the industry is currently in a stage of increasing market concentration. It is expected that the overall furniture market will improve in the second half of the year, and the market will shift to the mid-end product structure.

Many home furnishing companies are eye-catching

The performance of Shangpin's home delivery increased the most. In the first half of 2017, the operating income was 2,452,321,800 yuan, an increase of 30.33% over the same period of the previous year; the net profit attributable to shareholders of the company was 65,870,100 yuan.

Leading companies have a role in pulling the industry

Liang Zhenpeng, an industrial economic observer, said that in the first half of the year, the furniture market grew at a faster rate, and the leading enterprises with strong competitiveness played the role of the industry's vane. Especially the enterprises with strong competitiveness, obvious brand advantages and active application of new technologies are at the forefront of the industry. It has a positive pulling effect on the industry.

Liang Zhenpeng believes that the current home furnishing industry is at a stage where market concentration is getting higher and higher. The market share of the most competitive enterprises is getting higher and higher, the industry is beginning to produce a leading effect, and the upcoming industry peak season is expected to be in the second half. The overall furniture market is improving. At the same time, consumers are increasingly demanding higher brands, processes, quality, and environmental protection, and the market will shift to the mid-end product structure.

The industry believes that the home furnishing industry will further develop in the direction of centralization, full-classization and flexibility, and the custom furniture of the high-growth sector in the industry will continue to dominate the industry. According to market participants, today's “customization” is not only the production of furniture styles, but also the customization of design, layout, production process, logistics and so on.

Scan the QR code to read on your phone 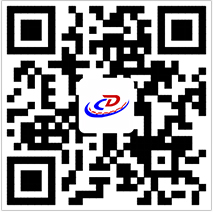